General Sir William Sherbrooke Ramsay Norcott, of St. Leonards, died at his residence in Pevensey-road on Saturday last, at the advanced age of 82.  He entered the Army as a second-lieutenant in 1822, and became successively lieutenant in 1825, captain 1810, and major in 1817.  He served in the Crimea in 1854-5, but that was his only war experience.  For his frequent gallantry during the conflict he received honourable mention in despatches, and in 1854 was made lieutenant-colonel, and colonel the year after.  Whilst on active service he gained a flattering reputation as an officer of the coolest courage and the greatest readiness and resource.   His men would go anywhere and do anything with or for him.  Of handsome face and figure, frank and engaging manners, deal of Irish humour, and unquenchable good spirits, Norcott was favourite all round, and won golden opinions from those with whom he came into contact.

The General subsequently became Governor of Jersey and was much respected by the islanders for the wisdom and justice of his administration.  He received the rank of major-general in 1868, lieutenant-general in 1877, and general in 1879.  Just before his final promotion was gazetted Colonel of the 1st Battalion of the North Lancashire Regiment, and shortly afterwards he was placed on the retired list.  Last year be was made Colonel-Commandant of the Rifle Brigade.  He was made C.B.  in 1855, and K C.B. in 1877.  He was also decorated with the Legion of Honour (4th Class), and the Med jidie(3rd Class).  [Order of the Medjidie is the name of a military and civilian order of the Ottoman Empire. The Order was instituted in 1851 by Sultan Abdulmejid ]

He leaves a widow and several children behind him.  General Norcott was buried quietly on Wednesday, his mortal remains being interred in the Ore Cemetery.  The 2nd Battalion of the Rifle brigade offered to do military tribute to his memory, but the family gratefully declined the honour, they desired the obsequies to be of a private character.  The funeral service was conducted by the Rev. G. G. Gardiner, of St. Leonards Parish Church.  The mourners for the deceased included Major Norcott, the Royal Munster Fusiliers, his second son, Mr. O. Jones, his son-in-law, Major Egerton, Equerry to the Duke of Connaught, who represented His Royal Highness, Colonel Slade, commanding the 2nd Battalion of the Rifle Brigade, and several other officers of the Generals old Corps, General Creagh, and other friends.

General Norcott, though not in the generally accepted sense of the term, a public man, will be universally regretted by his friends, and his loss will not be forgotten for many years to come. To use his own phrase he has answered to the roll call for the last parade, but the gap which his death made in the ranks will not be easily filled up.

Hastings and St Leonards Observer - Saturday 01 June 1907
LADY NORCOTT. We regret to record the death Lady Norcott, of 1, Quarry Bank, Quarry Hillroad, St. Leonards, which occurred on Monday.  Lady Norcott. who was 79 years of age, had lived in St. Leonards since about 1870, with the exception of a break of about five years at the time her late husband, General Sir William Norcott, K.CB., was Lieutenant-Governor of Jersey. Sir William Norcott died at St. Leonards, in 1886. Lady Norcott had lived comparatively retired life at St. Leonards, but was widely respected. …..The coffin was covered with white floral tributes.  …The interment was at the Borough Cemetery. 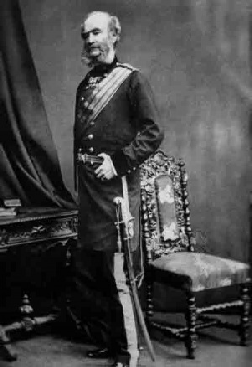 Blog cont. “Norcott was something of an artist and the scene-setting is enhanced by his sketches, which include a rough portrait of Florence Nightingale during his stay at Scutari hospital, and a quite moving drawing of him grieving for his horse, Inky Boy, killed at the Battle of Alma.” 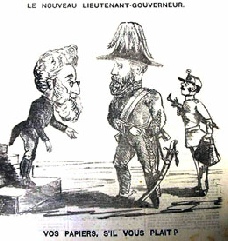 On his arrival as Governor of Jersey.