It is with very deep regret that we announce the death of a very well-known and highly respected business man of St. Leonards, Mr. Henry Beeching Philpot, of Filsbam Lodge, St. Leonards, in his 71st year.

The deceased gentleman was educated at Hurst College, near Brighton, and was known locally for his connection with the old-established firm of Philpot and Sons, 38, Marina, St. Leonards, which business was founded by his mother in 1836.  On the death of his brother, Mr. William Philpot, he took over the business and became proprietor.  In 1907 it was turned into a company, and Mr. Philpot then became the chairman.  He had very large circle of business friends, and was highly esteemed by all who knew him.

Apart from the trade he identified himself principally with church matters at St. Matthew's Church, and was secretary for the Sunday services for men only, which were inaugurated by the Rev. H. Foster Pegg.  He was always willing to subscribe to anything for the benefit and advancement of the town, and he was never appealed to in vain.  He always enjoyed the very best of health, never had any illness until about a year ago, when he showed signs of failing health.  Only during the last three weeks had he been really ill since when he was attended by Dr. Brodribb and Dr. Barker, and eventually Dr. Ligat, who performed an operation on Wednesday morning.  He slowly sank afterwards, and passed peacefully away yesterday (Friday) morning.  The deceased leaves a widow, four sons, six daughters and wide circle of friends to mourn their loss.  The funeral will be Tuesday. There will be a service St. Matthews' Church at 2.30, and the interment will be the Borough Cemetery 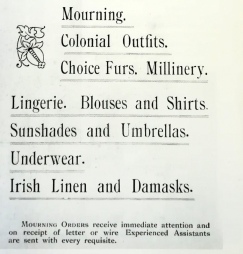 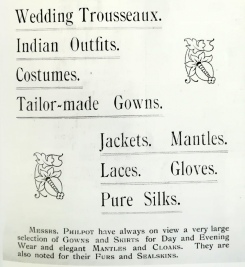 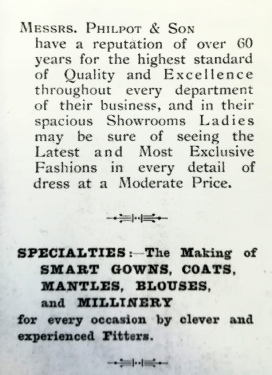