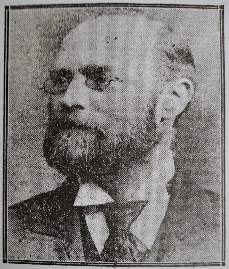 Hastings and St Leonards Observer - Saturday 25 July 1925
MR. J. W. E. CHUBB RETIRES. AFTER FORTY YEARS' WORK - HASTINGS THEN AND NOW. Mr. Chubb, in an interview with a representative of the "Hastings Observer," said he first came to Hastings in September1884, from Wellingborough in Northamptonshire, where he had a fine business, which he left on account of the health of his wife. "And," he added, “I have had no cause to regret coming here, for old Hastings has kept Mrs. Chubb alive up to now."  He opened business at George-street, in November, 1884  .... There were many "ups and downs" for him in those days, but with the grit and zeal, for which he is now well known, he soon built up a business.  He is very proud of the help he received from his wife, and states that he owed much to her ability as a business woman. George-street was the market street of the town in those days," he said, “especially on Saturdays, when all vehicular traffic was stopped and hawkers' barrows were allowed in the road, they having stalls in the market at that date.  The town seemed in darkness in the evenings when once past the Queen's Hotel eastward.  The battle of the sites was then raging, also the Skeleton Army riots and the endeavour to allow the Salvation Army band to play through the streets on Sunday.   What a difference to nowadays with the thousands of illuminations and music galore on Sundays.

........ Although up to the present, despite repeated and numerous requests, he has always declined to stand as candidate for either the Guardians or the Council, he now feels that with more time at his disposal it remained to be seen what he will do. …

His many friends will glad know that Mr. Chubb is remaining in Hastings and is taking a house in Clive Vale.  Residents of Hastings and St. Leonards, and especially those the Old Town, will learn with considerable interest, of the retirement from business of Mr, J. W. E. Chubb, after years as stationer and bookseller in Hastings.

Hastings and St Leonards Observer - Saturday 28 September 1929
OLD TOWN LOSS. DEATH OF MR. JOHN W. E. CHUBB. DEVOTED SERVICE TO THE FISHERMEN'S CHURCH.
A vigorous and devoted church worker has been lost to Hastings, and particularly the Old Town, through the death of Mr. John William Evans Chubb, which occurred at his home, 34, Athelstan-road, Clive Vale, on Monday.  His health had been declining, for several weeks.  Mr. Chubb had been connected with several local churches, but he was chiefly known for his work at the Fishermen's Church, Rock-a-Nore, where he had been parochial lay reader-in-charge for the last 13 years.  He had worked untiringly in its cause, and besides conducting all the services, had raised considerable sums of money and made extensive structural alterations to the church.

Mr. Chubb, who was a native of London, came to Hastings in Septemher, 1884, from Wellingborough. Northants.   He opened business as a stationer at 59, Georgestreet. after taking premises for a short period at 100, Bohemia-road.  He soon became interested in local church life, particularly on the musical side.  He was a capable organist and had a pleasing tenor voice.  He had a gift for composition, and wrote many hymn tunes and setting of the Story of the Cross, which is now well known.  He joined the choir of St. Paul's, St. Leonards, and later became associated with the choir of St. John's, Upper St. Leonards.  He assisted the late Mr. E. Pattenden in his duties as organist of St. Mary-in-the-Castle Church, joining the choir there also. He was a sidesman at St. Clement's for many years. He had always been interested in the duties the Rev. H. S. Sanders, curate-in-charge of the Fishermen's Church, and helped him with the social work.  He also became organist.  Mr. Sanders left the town in 1916, and Mr. Chubb took charge of the. church.  In 1918, he became parochial lay reader-in-charge, and was licensed by the Bishop of Lewes at a special service in the church.

Since taking charge Mr. Chubb has improved the church by the addition of vestry and prayer chapel, and had practically the whole of the east end re-built. Before he took charge the church was a barren building with a large stove in the middle, with a chimney passing up through the roof.  He recently opened a fund for providing an organ in the church place of the present harmonium.  His earnest desire was to make the church a centre of light of the town, and he induced several notable preachers to visit the church. ........

Mr. Chubb had taken great interest in the local fishermen, and had worked hard in connection with the social needs of the Old Town. He organised concerts and other entertainments in the Fishermen's institute, and one year he ran an eisteddfod before the days of the present musical festival at the Market Hall.  He was a keen supporter of the St. Andrew's Waterside Church Mission to Sailors, which allows the Fishermen's Church an annual grant of £35 towards the salary of the incumbent.  Mr. Chubb revived the Rogation Day service of blessing the sea and offering thanks for its harvest, which has been held annually practically ever since he took charge of the Fishermen's Church.

During the last few years the lifeboat has been used as a pulpit for the beach address at this ceremony.  Mr. Chubb worked hard in the cause of temperance, and he organised the All Saints' and St. Clement's branch of the Church of England Temperance Society, with the late Rev. G. A. Foyster, Rector of All Saints', and Mrs. Foyster.  ….. 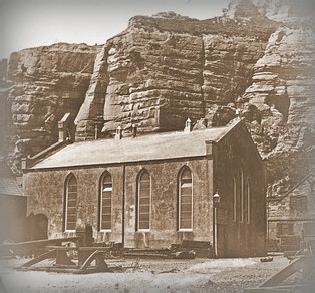 Mr. Chubb's greatest work has been for the church he loves so well and with which his name is so closely identified.  For the past twenty-five years he has been connected with the St. Nicholas' Fishermen's Church in various capacities, and since September, 1916, in charge of the church. In 1918 he was publicly commissioned by the Bishop of I Lewes. "The work done there," said Mr. Chubb, "proves up to the hilt that the people are not opposed to what layman can do.  Over £l,OOO has been raised and spent in the fabric alterations apd additions to it.  Many of our large churches would feel pleased at the progress made there, either in conformation candidates, communicants or attendances at services.  Health permitting, I hope do even more." ........