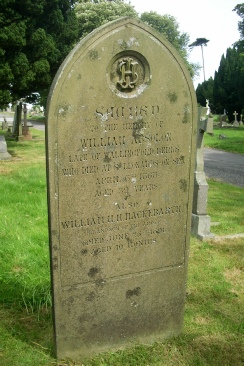 Sacred
to the memory of
William Absolon.
Late of Wallingford Berks.
Who died at St. Leonards-on-Sea
April 6th 1868
Aged 39 years

Grandson of the Above 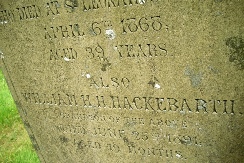 We do not know a lot about William Absolon, partly because it was a common name in Wallingford.  He would appear to have been married, almost indubitably to Elizabeth Henrietta, (see below) and they had more than one daughter Susanna (another common Absolon name in Wallingord.)

A newspaper search for Hackebarth returns only three results, all in the Hastings & St Leonards Observer.

She is buried at EJ L19 (wrongly recorded as Absolom); the stone has collapsed.