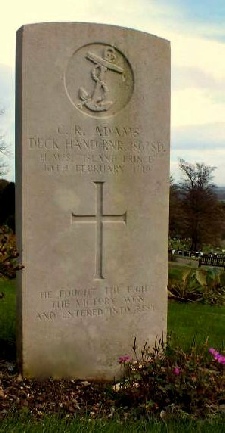 Charles served as a deckhand in the Royal Naval Reserve H.M.S. "Island Prince."

He was born in Hastings, the son of Robert and Mary Adams.  In 1891 when Charles was 15 the family was living at 3 Tamarisk Steps.  Charles was working as a fishmonger’s assistant.  He had two elder brothers and two younger sisters.

He married Rose Rebecca Wood in 1902;  she was living at 6, Woods Passage at the time of his death.

He mentioned that Mr Charles Adams, a respected fisherman, went forward at the outbreak of the war, like many more, to sweep the sea of mines. He laid down his life for his King and Country. Suitable hymns were sung, and at the close of the service Mr Marriott played "O Rest in the Lord" on the organ. 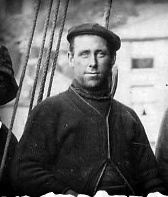