Who departed this life December 3rd 1890,

“He was not, for God took him”

Also in Memory of

Who was Killed at the Somme.

Son of above  & Charlotte Austin

Who died from wounds at Ypres

Died from wounds at Ypres.

He was remembered in New Zealand by the parents of his friend.

BICKNELL.— ever-loving and lasting memory of our dear son. Lance-Corporal Clarence Ralph Bicknell, N.Z.R B„ who fell in action at the battle of the Somme, September 15. 1916; aged 22.  Also, in loving memory of his faithful comrade in arms, Rifleman Eric M. Austin, who fell the same day; aged 23.

At duty's call they gave up all

Younger son of the late William Alabaster Austin, Draper,  by his wife,. Charlotte and brother to Rifleman Eric M. Austin.  Born Brockley. London, S.E., 8 Oct. 1895 ; educated at Russell Hill School, Purley, and on leaving there was employed with a firm of Land Agents and Surveyors, being stationed at the head office for about five years, when, his health not being good, he was appointed by his firm Resident Sub-Agent on Lieut.-Col. J. Innes  Roffey

Park Estate, and later acted in a similar capacity, but with more personal responsibility, on the Sussex Estate,  Parham Park, Pulborough.

Volunteered for the Royal Engineers in May, 1915, but was rejected as medically unfit ; attested under the Derby scheme, and, after being again twice rejected, was finally passed for garrison duty at home ; was called up in Sept. 1916 when he was put into the 26th (Cyclists) Suffolk Regiment and stationed on the East Coast, being passed as an A1 man in March, 1917 ; served with the Expeditionary Force in France and Flanders from June, then being drafted into the Worcestershire Regiment, and acted as stretcher-bearer to the battalion, and died 28 Aug. following, from wounds received in action near Ypres, while bringing in the wounded under heavy bombardment.  Buried near Ypres. Tyne Cot  Memorial 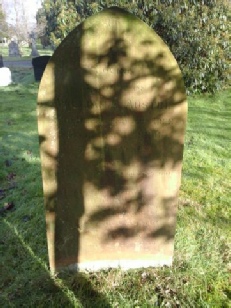 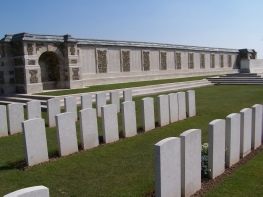 Elder son of the late William Alabaster Austin, Draper,  by his wife,. Charlotte and brother to Private F. E. Austin; Born.  Hastings, 20 June. 1893 ; educated at Russell Hill School, Purley. and on leaving there studied for three years with a firm of General nurserymen, after which he was

for one year with Messrs. Barrs, Bulb Growers, then for 18 months with Mr. Thomas Ware, of Feltham.

Went to New Zealand in July, 1913 and settled at Puhiatua, Wellington, being employed at Horton's Nurseries.

Volunteered for Imperial Service, and joined the New Zealand Forces 28 May 1915; left for Egypt in October; joined the Western Field Force there 21 Nov. Following :  proceeded to Ismailia 17 Jan. 1916 ; served with the Expeditionary Force in France and Flanders from the following April, and was killed in action while advancing at Flanders. 15 Sept. 1916.  Buried near where he fell.