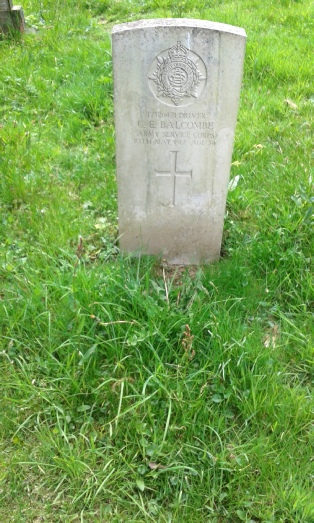 Charles Edward Balcombe was a driver in the 661st Horse Transport Company Army Service Corps.  He was the son of Mrs. Caroline Balcombe.

He was born in January 1883 in Hastings. His parents were Frederick J Balcombe and Caroline Balcombe.  In 1901 they were living at Suits Farm, Ore where his Father was a labourer and two elder brothere are listed as ‘cow boy’. There were nine children.  Charles was the middle child.