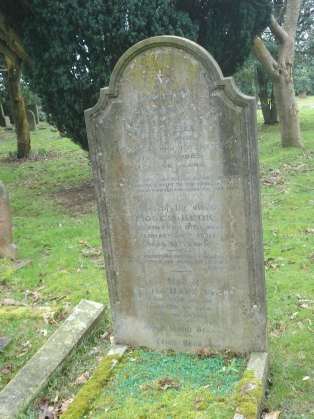 who entered into rest

“Blessed are they that do his commandments

that they have right to the tree of life and may

enter in through the gates into the city.

Also of the above

who entered into rest

Eldest daughter of the above

Moses married Elizabeth (nee Hills) in Cranbrook, Kent in 1868.  They had 5 children, born in Kent.  In 1884 Moses Beck is living at 15 St Matthew's Terrace.  As can be seen from the 1891 census, after the death of Elizabeth,  they are living with Moses’ Father and aunt.