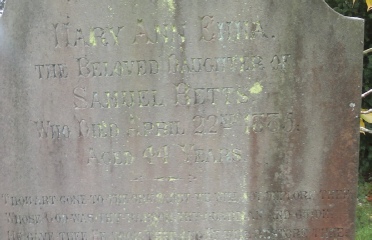 By 1891 they are living at 77 All Saints Street.  Susanna and Mary Anne have died.  The only ones at home are Samuel, Jane, who is a Shop Assistant, Samuel, a boat-builder and Margaret Stevenson, listed as a step daughter who assists at home, but age tallies with above Margaret and in 1871 she was a dressmaker.  In 1871 Mary Anne was listed as assisting at home.  Samuel appears to have been Susanna’s second husband, as her name at her marriage was Stevenson (her Father was Adams.)