Ida Thekla Bowser died in Hastings aged 45 and is commemorated on the Commonwealth War Graves Screen Wall and buried, with her sister Elsie Bowser, who was a spinster aged 68 years and buried on 15/05/1935 at EM B01

JOURNALIST'S DEATH.-We regret to announce the death Miss Ida Thekla Bowser, a lady well-known to many friends in Hastings.  Miss Bowser, who was the youngest daughter Mr. J. C. Bowser, of London, was a Fellow of the Institute of Journalists, and had a high reputation.  She was Hon Serving Sister of the Order of St John of Jerusalem.  She died in her own home, 29 Eversfield Place, St Leonards, on January 11th 1919 after three years painful illness, patiently borne.

We don’t know why Ida came to Hastings, but it is possible that she was a patient at St. John’s

Holmesdale Gardens, which was a V.A.D. Hospital.  She may even have been a nurse there. (Photo courtesy Mike Peckham - 1066 Forum ) 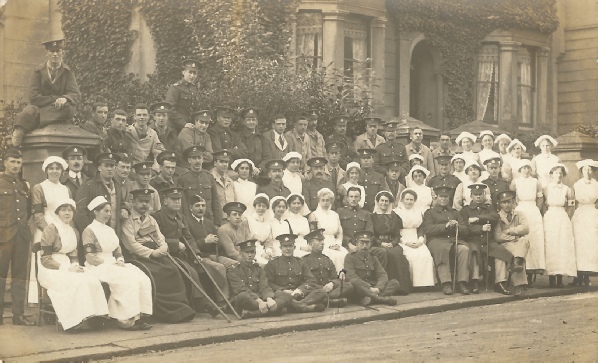