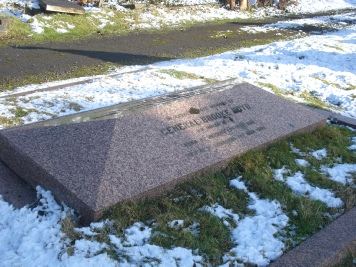 They had 3 children in India, Sidney Adolphus, Mossom Archibald and Alexander Brooke.  In 1852, in Weston-Super-Mare, Somerset, they had a daughter, Selina Isabella.   By 1871 the family were living in Clifton, Bristol.

By 1891 they were living at The Lawn, Hastings, Sussex, England

DEATH OF GENERAL BROOKE BOYD. :o: OLD INDIAN VETERAN.
General Brooke Boyd, late of the Bengal Infantry, passed away at St. Leonards the other day at the advanced age of 84 years. The deceased gentleman was the son of General Mossom Boyd, of the East India Company service, and was one of five brothers who all became Generals in the Queen's Army, and two of whom survive him.

It was in the year 1834 that he entered the Indian Army, and in 1836 — the year in which he obtained his lieutenancy — he saw service against the Bhils in Malwa. He became Captain in 1846, and served in the Sutlej Campaign, including the Battle of Sobraon, and received the medal. He went through tbe hardships of the Burmese War in 1852 - 53 and obtained the medal with clasp for Pegu. He was made Major in 1855, and after serving in Bundelkhand in 1858 was promoted to the rank of Lieut.-Colonel in the following year, to Colonel in 1866. Major-General in 1871. Lieut.- General in 1877, and full General in 1888.

In 1881 he was placed upon the unemployed supernumerary list.  He leaves three sons aud one daughter, to whom, in their bereavement, the sympathy of a large circle of friends and acquaintances is extended.  In addition to the above facts, it is interesting to note that eight brothers held the Queen's Commission as officers at one time.

The Sutlej Medal was a campaign medal approved in 1846, for issue to officers and men of the British Army and Honourable East India Company. who served in the Sutlej campaign of 1845-46

Pegu (Burma) Medal - The India General Service Medal (1854 IGSM) was a campaign medal approved on 1 March 1854, for issue to officers and men of the British and Indian armies. It was awarded for various minor military campaigns in India and nearby countries, between 1852 to 1895.