The monument by which his literary labours will be best remembered is the local history, which extends into many large volumes. This History, with his work on the Cinque Ports, is in the Reference Library at Claremont.  Anyone who has looked into its pages, or had the privilege of seeing Mr Brett at his work, will appreciate the immense patience and care which he devoted to

Quite recently an Observer representative found Mr Brett busily engaged in compiling, if we remember rightly, a work against vaccination. He had risen that morning at 6.30! The number of hours he "out in" standing at his desk, copying from one book into another, and arranging the cuttings and manuscripts which he used in his local records, was extraordinary.

Years ago, when Mr Brett was actively engaged in the printing business, he fell down one night and severely injured his hand. With characteristic pluck he remained at his work.  After doctoring his hand for some time, he happened to meet the late Dr Wilson, father of the 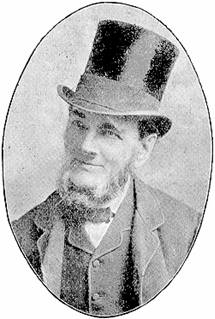 present esteemed Medical Officer of Health, who asked him what was the matter.  He went into Dr Wilson's house, and the doctor showed him a rare old book of which he had become the possessor.  Mr Brett, quick to notice details, said regretfully that they could not get such ink for printing nowadays.  He was so much interested in the volume that he remained for an hour, and would have gone away without recalling the principal object of his visit if Dr Wilson had not asked to see his hand.  The injury was so serious that Mr Brett never regained entire use of the fingers.  He was, fortunately, ambidextrous. I t may be added that Mr Brett had been playfully nicknamed “Doctor Brett” by a local physician, in consequence of the skill with which he nursed his wife through a very serious illness.

Mr Brett's death leaves a gap which it will not be easy to fill. It is fortunate for the town at large that by his indomitable perseverance he was able to so far complete the task of preserving for future generations the story of their town.

Now that the question of music is so largely before the Corporation, it is interesting to note that shortly after his marriage Mr Brett established and directed the first brass band which played on the Parade in the evening and frequently sat up all night copying music. He also produced upwards of 100 original musical compositions.

As a weather prophet Mr Brett enjoyed considerable reputation, and in the old days of the Gazette he devoted much space to his reading of the plants and in predicting the probable weather for the week to come.  We have already spoken of his boundless energy, and his 18 hours daily work.  His journalistic duties were generally of a cosmopolitan character, and in many issues of his paper he had a hand in every department of his work.  In the morning he might be seen running up and down the steps of the leading lodging-houses, collecting the names of visitors; later in the day he would be composing his leaders (frequently setting up the type as he thought out his subject), and he would also take a part in the machine work, and on the morning of publication he was not too proud to deliver copies of his paper to subscribers.