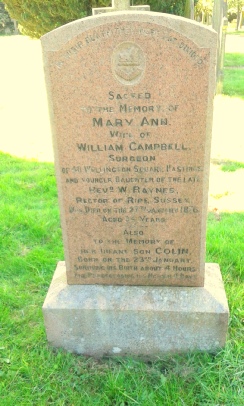 In their death they were not divided

Sacred to the Memory of

And Younger Daughter of the late

To the Memory of

Born on the 23rd January.

Surviving His Birth about 4 hours

And Predeceasing his Mother 4 days 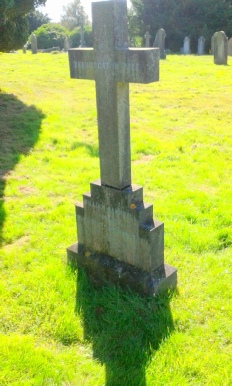 Who died on Active Service

William and Mary Ann had two sons and a daughter.  We know William remarried:

Hastings and St Leonards Observer - Saturday 29 January 1881
To the wife of William Campbell, of 40, Wellington-square, Hastings, of a son January 23rd,

And had at least another two daughters and a son

The Register does not list Donald, to whom the above details apply, and we have so far been unable to trace William’s war record. 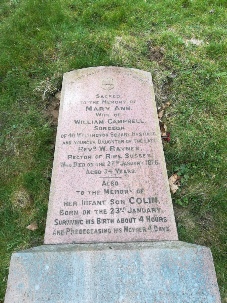 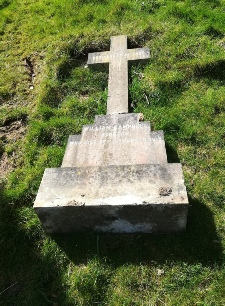