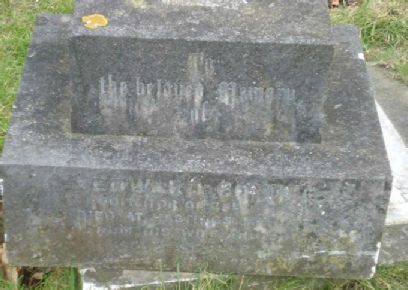 Edward Cowie was born on 7 October 1859 at Calcutta, India. He was the son of David Cowie and Caroline Deverel.

In 1889 he married Evelyn Harriot Davies, in Calcutta.