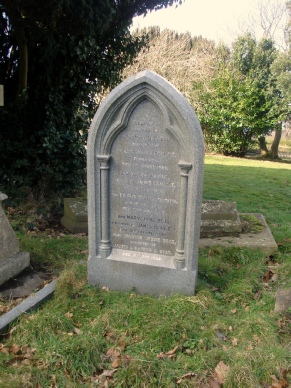 Son of the Above

Mary Jane Deas is recorded as being buried in JB I82.  See The Mystery of JB I Burials

The husband and father, James Deas, died in 1856 as did two of the children.

In 1889 there is a record of Miss Deas living at Villa-road, St. Leonards.

In the 1891 census the family that were left are at Stockleigh Road.

By the census of 1901 they are at Springfield Road.

Miss Deas in particular often featured in the social pages of the Observer.

Hastings and St Leonards Observer - Saturday 12 March 1892
On either side were to be seen some fine specimens of the faience ware, and Mr. Monk and the Misses Deas did all in their power to effect sales.

Hastings and St Leonards Observer - Saturday 15 December 1900
…. Miss Deas and Frau Walger sang Mendelssohn's “I waited for the Lord" very sweetly, and the programme concluded with a trio by Miss Golding, Miss Deas, and Frau Walger. …..