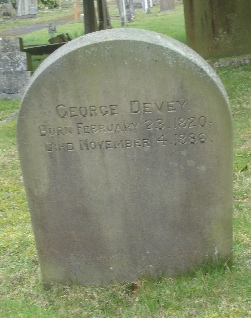 George Devey  was born into the family of a Holborn, London solicitor on 23 February 1820, and was educated at the King's College School.  On leaving in 1835 he is said to have shown an interest in becoming a painter, but in 1837 was placed as a pupil with the practice of an architect, Thomas Little, where he developed his skill in draughtsmanship.

He made a crucial contribution to the development of English domestic architecture.  Beginning as a skilled watercolourist, to earn a living he devolved into architecture.  He was nearly 30 before he began his study of the buildings of The Weald from which he took the practice of building timber-framed houses.  In the 1840’s he was successful in having some paintings accepted by the Royal Academy.  In 1841 he submitted Design: Cottage near Southampton.   The following year it was Design: Garden entrance and Design: Mansion – Italian style, 1843 – Design: entrance to a cemetery.

About this time he received commissions for two churches, All Saints, St. John’s Wood, and St Andrew’s, Fairlight, which was rebuilt by rich visitors to Hastings in the teeth of the local congregation who were greatly attached to “their old church wherein the rude forefathers of the hamlet worshipped for many ages , and around which many take their eternal rest.” 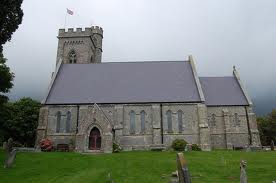