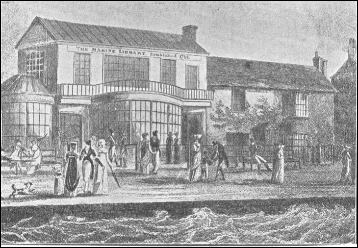 Living in Brighton, William Diplock Senior - (Buried All Saints,  St Mary-in-the-Castle 13 Dec 1831, aged 43) had a large number of children, one of them his son William.  His second wife, the wealthy Esther Frances Bramah, smoothed the road towards prosperity for her husband, the former wool-draper William Diplock, moving him up the social ladder with a new home and career as an auctioneer in Hastings.  He is recorded as trading as an auctioneer at 47/ 8 George Street

In Hastings they had four more children to add to the dozen [sic] William already had from his previous marriage.  In 1823, Edward Bramer (likely Edward Bramah) was born (buried 16 September 1824, aged 13 months), followed by George Joseph in 1825 (buried 10 April 1827). The remaining two babies from the marriage survived to adulthood: Samuel Robey, born in 1828, and then, born on 14 May 1830, the future surgeon and coroner, Thomas Bramah

Esther Bramah Diplock also seems to have taken under her wing her husband’s motherless children from his previous marriage, or at least one of them – William Diplock Jr, named his daughter Fanny Bramah, in what could only have
been a salute to his stepmother.

Family records state that William Diplock Sr
worked as a librarian at one of Hastings’ several
subscription libraries, the Royal Marine Library,
also known as Barry’s Library, located on the
Marine Parade facing the sea.

His son William Jr, joined him there, managing
the library and then later acquired it outright in
1838, eventually renaming it Diplock’s Library.
It has been suggested that there might have
been a family link between the founder of the
library, James Barry, and Mary Barry, a possible
grandmother of William Diplock Sr. 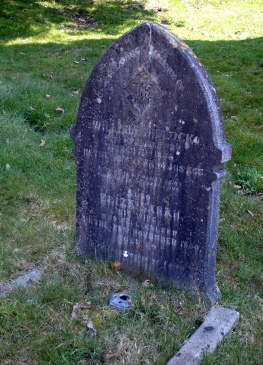 Eliza Sarah Diplock
His wife, who fell asleep
On the 22nd November 1900
aged 86