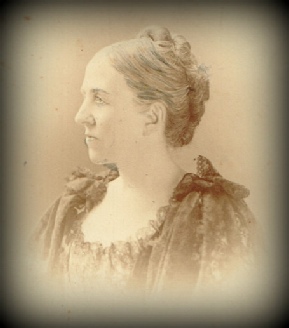 Isabella Anne Disraeli (née Cave) was born in 1828.  She was the daughter of William Cave and Mary Ann Brooke.  She married James Disraeli, son of Isaac D'Israeli and Mary Basevi, nad brother of Benjamin, on 24 September 1856 at Westbury on Trym, Gloucestershire, England.

James had written to his sister-in-law, Mary Anne "You must be the first person I tell my most important secret - I hope I am going to be as happy a man as Dis.  the lady .... is generally reckoned very clever, agreeable and accomplished.  I hope very sincerely that she will be fortunate enough to gain yr. good opinion.

After marriage they lived at 3 Eaton Terrace, Eaton Square. 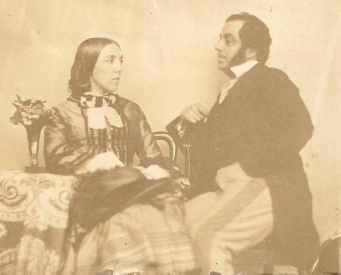 Benjamin apparently was reticent in congratulations, presumably because of James' connubial relations with his housekeeper, by whom he had at least one daughter.

However, in December 1856 he is writing to his brother to express his anxiety "to have some news of Isabella & the result of Watson,,,,,,(his first extant letter to James since James' announcement to Mary Anne)

Isabella Disraeli was most likely suffering from tuberculosis exacerbated by pregnancy.  At the time it was thought she had chronic bronchitis contracted at the time of her marriage to James Disraeli.

Benjamin Disraeli wrote to Isabella in January 1857 enquiring about her health.  She replied  n 29 January "I wish I could give you a more favourable answer to your very kind inquiries after my health but it seems that Bronchitis is no easy tenant to get rid of.  I am under a very clever physician & follow out his instructions very strictly.  I don't talk, keep to two rooms, inhale the steam of hops several times a day, with diverse other tortures.  She sent regards to Mary Anne and hoped BD's banquet would go off most brilliantly.

In 1848 Sarah Disraeli, James’ sister had rented a house on a hill overlooking the sea outside Hastings.

Sarah took Isabella  by train to St Leonards to at the beginning of March 1857.  Sarah wrote from 1 Grand Parade,to her brothers Ralph and Benjamin about caring for Isabella and later to announce Isabella gave birth to a two months premature daughter on 24 April 1857, but she lived three one days.  A birth notice appeared - DISRAELI James. Birth. Daughter. Hastings News 1may1857

Sarah in an undated note asked D's help with the wording of Isabella's tombstone.  She offered two choices of which the first was “In memory of Isabella, the wife of James Disraeli, who died at St L June 20 1857 in the first year of their marriage aged 28”.