And if you search for it spelt Thisleton-Dyer, you came up with the same two people! Just not quite so many hits.

So the first thing seemed to be to try and establish if either of them was connected to our Thiselton-Dyers.

We were eventually (despite written ‘evidence’ to the contrary) able to establish that William and Thomas were brothers.  (The first clue was that William’s Mother’s maiden name was Firminger).  Because these two men has such wide-ranging interests, any keywords from what we knew about our Thiselton-Dyers from the gravestone, came up linked to William and/or Thomas Firminger.  William had one son and one daughter.

Now we have established they are nephews of Thomas Dyer Thiselton-Dyer.

A further complication to any search of the records was added by this record in Military Appointments, Promotions &c. Register, Madras, 1841

Until this point he was T D (Thomas Dyer) Thiselton.

Looking for updates we found some clarification:

surname Dyer.  The bulk of his estate and property is then given to his nephew William Matthew Dyer, specific mention being made of his great-nephews William George Thiselton and Thomas Dyer Thiselton.

She had a daughter Rosabella Sophia Humphries, who married Dr John Urquhart 1825-1892 of the Indian Medical Service and died in 1891 in Aberdeen. 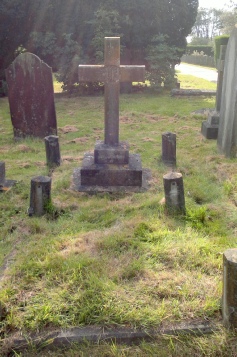