He was the son of the 2nd Earl of Minto

He married Katherine, daughter of A T Gilbert, Bishop of Chichester.

(His grandmother was Mary Robertson so possibly some local connection)

(From The Rifle Brigade Century from 1800 to 1905 Compiled by Col. Gerald Edmund published by William Clowes and Son Ltd 23 Cockspur Street 1905)

In 1879 she married Hugh Culling Eardley Childers  [in Oxford DNB, which see, Available online via East Sussex Libraries)  She died in June 1895.  Childers died in London on 29 January 1896. 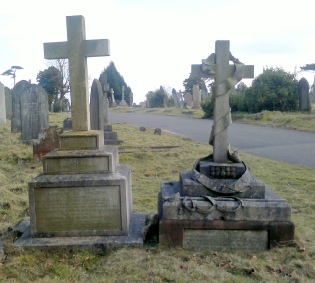