He was a Chief Petty Officer, in the Royal Naval Volunteers and died 20 February 1915 of Cerebro Spinal Meningitis at Stockwell Hospital.  He is buried in Hastings.

In 1895 he married Annie Edith Stanger.

At the time of his death they were living at  20A, Milward Rd 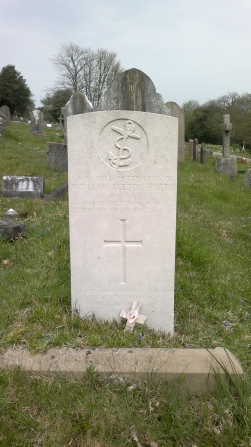