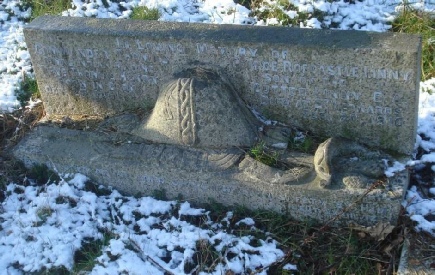 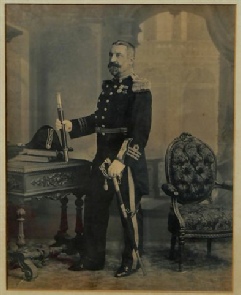 He was born in Cork on October 27, 1851, the son of the Rev. Thomas Henry Cotter Finny, B.A., of St John's Church, Cork,  by his third wife, Mary Louisa Morris.   He was the grand-son of Mr William Finny, Commissary-General for Ireland and educated at Fermoy College Cork.

He served as a cadet in the Conway and as a commander in the White Star and P & O. lines.  In 1878 he joined the Royal Indian Marine, and as commander of the “Czarevitch”, served in the Suakim campaign in 1885, receiving the Egyptian medal, the Suakim clasp, and the Khedive's bronze star.

He commanded S S Clive 1892-6, in 1895 bringing the Shahzada, Nasrullah Khan of Afghanistan, to England on board.,

In 1899 he had married Anita, the daughter of John Russell Cameron of Cupar Fife.

They had two daughters, Agnes and Grace, born in India and a son, William, born at 23 Albany Road,  St Leonards.

Commander Finny's widow Anita Eliza Finny nee Cameron was born in Liverpool in 1867 and was some 16 years younger than her husband. The 1911 census record shows that they had 3 children; Agnes Cameron Finny, aged 11 in 1911, Violet Grace Cameron Finny, aged 8, (both born in India) and William Cameron Finny aged 6 (born in St Leonards).  The Times of September 4th 1943 records that Anita died on the 1st September 1943 at Edinburgh.