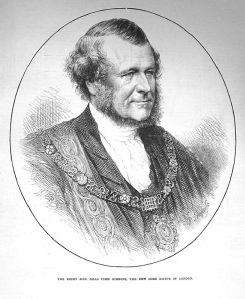 He was born either in Chatham or Sittingbourne in 1809. He served as an apprentice to a wholesale tea dealer in the City from 1824 to 1831, although he later became a hop merchant. He had become a freeman of the City through the Salters’ Company, and became Master in 1863-64 and in 1874-75.

A member of the Metropolitan Board of Works for the City of London 1868-71.

Mark Twain refers to a Mayoral Procession when Gibbons was Lord Mayor in his Letters, Volume 5: 1872-1873.  A portrait by Williams is held by Guildhall Art Gallery

He was made a Baronet of Sittingbourne in 1872, title ending with his death in 1876.

He was also a disappointed parliamentary candidate for the City in 1868, fighting in the Conservative interest, and a JP for Middlesex.

The Hastings Observer reported Gibbons’ death “at Hastings”.  His widow and unmarried daughter were living at 17 Magdalen Road in 1881 when the Census was taken (his widow described her occupation as “baronet’s widow”).   The Observer reported that he had retired to Hastings “in broken health after his recent financial difficulties”, and there are bankruptcy notices in the London Gazette.  Apparently a collection was begun to help his family, and £1200 was raised. 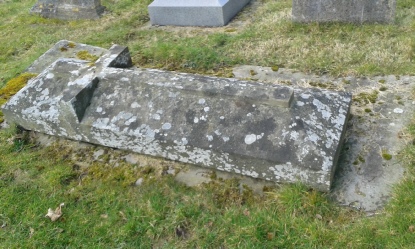