Thomas was born in Hastings in 1896, and lived with his parents in Mount Rd. His father was a Piano Merchant’s Assistant.

The family have for generations claimed Hastings as their home.  Thomas won a bursary scholarship to Hastings Grammar School.

When he left school he became a teacher working for one year at Clive Vale Boys School before taking up a position as Assistant Junior Master at St James’s School, Tunbridge Wells. 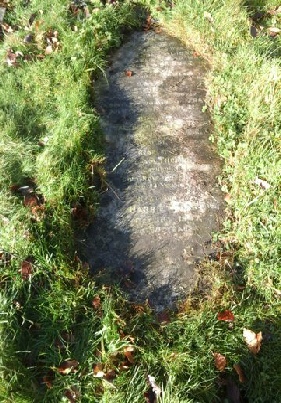 He seems to have been popular with both scholars and other teachers in both schools.  As the Hastings Observer of 18th August says ‘Short though  his professional career at St James’s proved to be, he won a place in the hearts of the scholars and masters and was a universal favourite because of his cheerful and frank disposition as well as his capabilities in the classroom and the sports field.’

He enlisted on 3rd June 1916 in the Public Schools Battalion (although the CWGC list him as being in 16th Battn Middlesex Reg. (Duke of Cambridge’s Own). He was wounded on 18th July and died the following day.  He is buried in the Canada Farm Cemetery in Belgium.

Other members of the family are also mentioned on the stone: Catherine Gibson, (‘suddenly called home’) aged 72, died in November 1927; Elizabeth Coppard, aged 81, died in June 1932 (she appears to be a sister of William Thomas Barton)  William died in 1936, aged 84.

(There are more to be deciphered.)