Will and Anne Ginner AB L08

He was a coal merchant, owner of the Pelican, probably the most famous collier on Hastings Beach.  He was a JP and Mayor in 1854, 1858 and 1862.  His wife Anne is also buried here and his son and family are at AB D01/2.  His son was also Mayor but known as William, the father is usually referred to as Will.

The “Pelican” was launched in Hastings in 1838 with the rig of a schooner, but was converted to a brig in the mid 1870s. It had a Pelican figure head, she was fast and regular, bringing coal from the north of England.

While in charge of the gas works he was praised in 1851 by Charles Green, aeronaut, for quality of gas provided for Duke of Brunswick’s balloon escape from Hastings. (For more on this see Hastings Bygones, )

In 1849 he married Anne Wilson in Hastings.

Will & (later) W.E. Ginner one of main trading firms in 19th century on foreshore.

The business during the 19th century was principally in the hands of Messrs. Breeds and Co., Mr. Will Ginner, and later Mr. W. E. Ginner, Messrs. Thwaites, Messrs. How, Messrs. Putland, etc.  Several of these vessels were wrecked on the Hastings Beach from strong winds springing up while being unloaded, until the business was done by rail, when it gradually ceased. (Hastings of Bygone Days — and the Present. P.173 ) 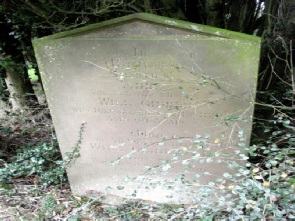