In affectionate remembrance of

who was accidentally drowned while bathing

brother of the above

who was also drowned whilst bathing

leaving a widow and son to mourn their loss 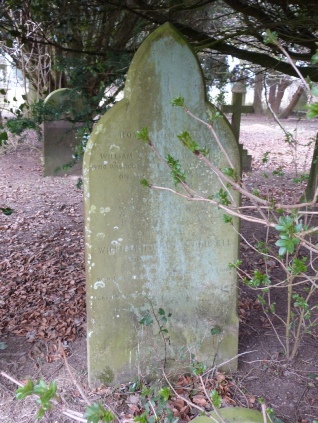 He was the eldest son of Mr. William Goodsell, landlord of  the Plough Inn, Westfield.  Deceased was a member of the Executive Committee of the Hastings Liberal Association, as a representative of the Ore District.”

William's widow Ellen, whose name appears on the gravestone, remained in Ore.  In the 1891 Census she is recorded as a laundress, and her son is a carpenter (aged fourteen).  In November 1901 Ellen married William Herbert Adams, a Hastings man, but on the gravestone she is described as the wife of William Goodsell.