Promoted Brevet Major in March 1872 and Major in October 1877, he was posted to the 1st Battalion in India during 1878.  He took part in the Afghan War of 1878-80, commanding a column which cleared the entrance to the Khyber Pass.  Present with the expedition that crossed the Kabul River into Besud and in the actions against the Safis tribesmen.  He was also in the expedition to the Kunar Valley leading to the destruction of Fort Abdul Khel.  For these services he was given the Brevet of Lieutenant-Colonel on 1 July 1878.

He next commanded the Battalion in the surprise attack and destruction of the Fort Bernares Khan and was with the expedition into Kama.  Following the campaign in Afghanistan he returned with the Battalion to Mullingar, being promoted Lieutenant-Colonel in July 1881 and Colonel in July 1882.  Colonel Harkness assumed command of the 2nd Battalion 5th Regiment at Mean Mee, Bengal in May 1885, the 1st Battalion having returned to England.  He retired with the rank of Major-General on 29 January 1886.  During the disturbances in Ireland in 1882, he was appointed JP for the city and county of Dublin.  He died on Friday 22 June 1900 at his home at Ivy House, Ore, and was buried on Tuesday 26 June 1900 at Hastings Cemetery.

Information from http://en.wikipedia.org/wiki/John_Granville_Harkness and other sources. 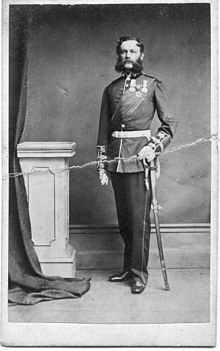 ● Fought at the Battle of Inkerman, storming of Redan and    Sebastopol and two Afghan campaigns

● 1857 Transferred to the 2nd Battalion of the 5th Regiment.    Took control of K Company

● 1857 Proceeded to Mauritius, ADC to Governor

(Facts above taken with thanks from a family history page created by Ian and Colin Cairns and with thanks to Peter Eliot, Australia

There is another name on the memorial, that of Lucy Ada Vyvyan (Ada) James, born 15 November 1874 in Calverton, Buckinghamshire and died in 1940 in Hastings.  Annabelle’s maiden name was James, and she and her husband were first cousins, so there is evidently some family connection. 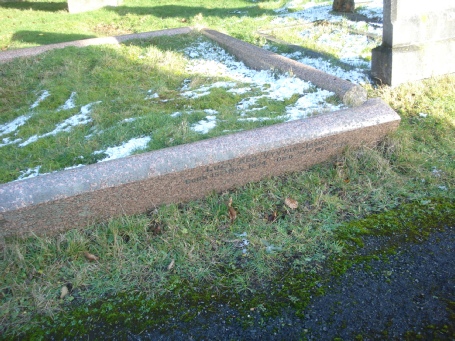