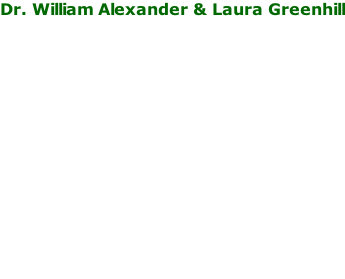 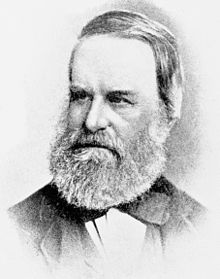 In 1840 he married Laura Ward, daughter of a collector for HM Customs;  They had three sons and two daughters.  His wife died in 1882.

1851 he had moved, largely for health reasons, to Hastings, taking over the practice of Dr James Mackness.  He became one of the physicians of the local infirmary.

In 1857 he founded the Hastings Cottage Improvement Society, of which he was secretary from 1857 to 1891; the Society bought, repaired and improved old and insanitary dwellings as well as building new houses.

He died at his home at 5 The Croft, Hastings.

A list of his copious writing and translating  can be found at https://en.wikipedia.org/wiki/William_Alexander_Greenhill

HIS LIFE AND WORK

We record with sincere feelings of regret the death of Dr Greenhill, the oldest resident physician, who died on Wednesday morning at six o'clock at his residence, 5 The Croft, after an illness of but two hours duration.  On Tuesday he appeared to be in his usual health, but he has been more or less an invalid for some years.  Dr Hussey was sent for, but Dr Greenhill had passed away before his arrival. The deceased gentleman attended divine service at St Clement's Church on Sunday last.

Although not in the ordinary sense of the phrase a public man, Dr Greenhill was a great scholar and a friend of some of the most learned men of this century.  For forty years he has lived in Hastings, and during part of that time he was in active practice as a medical man.  In connection with certain local charities he published a most interesting and valuable list, and was a devoted supporter through many years of the Mendicity Society.  He was a member of the Council of the Health Congress, held in this town in 1888, and contributed a most instructive paper, comparing the present sanitary condition of the borough with its state when he first knew it.

As a literary man the reputation of his learning is not confined to this town, but is spread far and wide by means of his literary productions.  Our late townsman took his medical degree at Oxford in 1841, and was subsequently elected one of the physicians to Oxford Infirmary. He was closely connected with, although he took no prominent part in, the Oxford movement, for he was Dr Newman's churchwarden at St Mary's, Oxford, during a portion of time when the eyes, not only of England but in a way of the whole religious world, were centred upon the little knot of notable men known as Tractarians.  "He took part", says a friend of his, "in all University movements, and maintained an independent position as an English Churchman, not giving his adherence to any particular party."

Whilst at Oxford he married Laura Ward, Dr Arnold's niece, who was at that time living with her celebrated uncle.  Dr Greenhill had been under Dr Arnold at Rugby.

He was an active Liberal up to the time of the Home Rule breach, when he became a Unionist, and was one of those who nominated Mr Gladstone for the University in 1847. Although he severed his connection with Mr Gladstone's party at the time mentioned, he retained the Liberal Leader's friendship, and had a long and kindly interview with him on the occasion of the late Premier's visit to Hastings three years ago.

The deceased gentleman has written much upon old medical matters, the Greek physicians, and the like.  He contributed all the articles on medical antiquities to "Smith's Dictionary of Greek and Roman Antiquities"; he also edited Sir Thomas Browne's "Religio Medici" for Macmillan's Golden Treasury series.  He was also the author of the articles on leprosy in The Popular Educator, and contributed biographies to the "Dictionary of National Biography".

He came to Hastings in consequence of weak health, in 1852, and took up his abode in Wellington Square, afterwards removing to 2 Carlisle Parade, purchasing the practice of Dr Mackness.

The first meeting of the promoters of the Mendicity Society was held at his house, by his invitation, and he was a firm supporter of it up to the time of his death.  He also worked hard for a reform in the dwellings of the poor in the Old Town, and was the leading spirit in the Hastings Cottage Improvement Society. It is gratifying to be able to record that the state showed practical appreciation of his achievements in this matter, for it was mainly in consequence of his connection with the H.C.I.S. that he was in receipt of a small pension from the Civil List granted to persons distinguished in literature, science, and art.  He has been one of the physicians to the Hospital, and held the post for a considerable time. He was also secretary to the Medico-Chirurgical Society.  He did not take an active part in either Imperial or local politics, and in purely local concerns when his vote was solicited by one side or the other Dr Greenhill put aside altogether the question of the candidate's political views, and was accustomed to enquire if the individual for whom his support was solicited was a "respectable" man. He simply took into consideration a candidate's general intelligence and personal fitness for the post he was seeking.