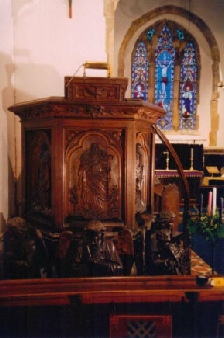 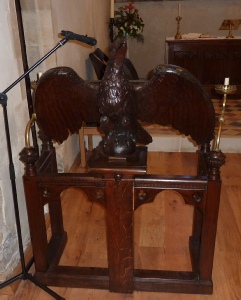 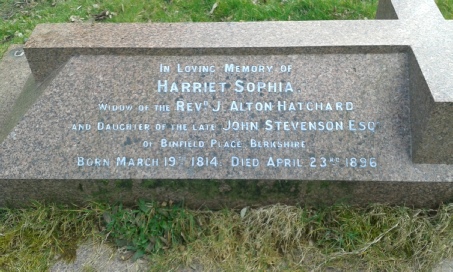 Both before and after his withdrawal from the ordained ministry, he designed some remarkable woodwork, though it is not known how he learned his skills.  The fittings at Whatlington are certainly by him and the pulpit at Slinfold (1861), attributed to the ‘Rev T A Hatchard’, who is said to be curate of St Leonards, is clearly also his work. Records show that he was the owner of several properties in the town.

Hatchard was the author of Romanism Overthrown by Wellington, a sermon preached on the death of the Duke of Wellington in 1852, claiming that the Duke by defeating Napoleon had saved England from Romanism as ‘a state dependent on France.

His letters in the National Archives show him as an anxious individual, prolix, quite unversed in the ways of business and very conscious of his reputation.  They also cover his involvement in the restoration of Whatlington Church in 1862, his disinclination to buy pier shares (I believe it will vulgarize St Leonards as the Hastings Pier has vulgarized Hastings') and a dispute over drainage with the St Leonards Commissioners (on which general topic see Margaret Whittick, 'The Sanitary Battle of Hastings' (SAC 125 175-198) In Sep.1867 he wrote a. letter to The Times concerning drainage works.

John Alton Hatchard was born in 1815 at Lewton in Shropshire, the son of the Rev John Hatchard (1793-1869) and Ann Alton.  His grandfather was the John Hatchard who founded the famous bookshop in London.  His childhood was spent in Plymouth, where his father, as vicar of St Andrews, was remembered for his exertions during the cholera outbreaks of 1832 and 1847

Harriet Sophia Stevenson (1814-1896), was the daughter of John Stevenson of Southtown in Kenton, Devon; she was the widow of George Charles Holford of Edward Street, Portman Square, whom she had married at Weymouth in 1834 and who died on 15 February 1844.

There were two children of her marriage to John, - Henry Price Holford, subsequently an officer in the 10th Hussars, and Cecilia Harriet, who married John Richard Pearson of the Royal Artillery