The 1911 census shows that Humphrey and Rose are living at The Warrior House Hotel, Warrior Square, St Leonard’s on Sea and Humphrey is now an Estate Agent, Auctioneer and a Managing Director of a Hotel Company. Joseph is not shown on the census.

Joseph at some time joined the Merchant Navy as a cadet as the record, right, shows. He is also reported to have served in the Royal Marines.

He later became a police constable in the Royal Irish Constabulary. 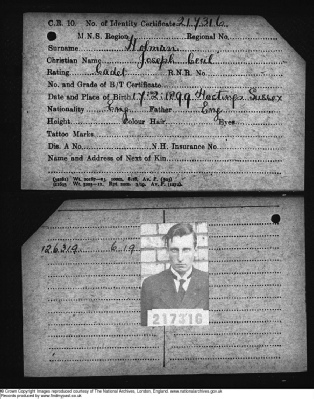