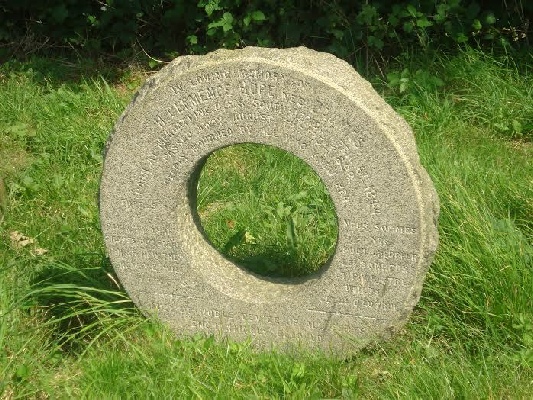 Round to top of the millstone:

Deeply Mourned by all who knew her

On left side:
There’s
a
Divinity that
Shapes our ends
Rough hew them
How we will
Hamlet, 5.2

Full of noble devices of all sorts
Enchantingly Beloved

On right side:
Nous sommes

In 1837, the French missionary Francois Daumas founded a mission station at Mekoatleng under the auspices of the Paris Evangelical Mission Society (PEMS).  In May 1837, with other missionaries, and one of three unmarried females, Miss Elise Colane, affianced to M. Daumas.

Revd. Daumas and David Dale Buchanan, founder of the Natal Witness, accompanied Chief Moshweshwe’s son, Tsekelo, to London and Paris, 1869 – 1870, in an unsuccessful attempt to prevent the ratification of the peace Treaty of Aliwal North.  By this, a large part of Basutoland, which included Daumas’  mission station, was ceded to the OFS.

The death, during his absence of his daughter Mathilde (after 14 months of marriage to H.C. Campbell above), and the failure of the European mission, appear to have contributed to his premature death.”

“Rev. Daumas died in Natal on the 22nd of January 1871.  The ruin of Mekuatleng and the failure of the object for which he had gone to Europe had broken his heart. The death of his daughter was the last blow.

In 1900 Mme Daumas and her son were resident at La Clarière, Old Town Hill

We don’t know which son, probably Francois, who was a doctor.  .

The children we have identified are:

Henriette was born Daumas. in Basutoland and was a British subject.

Louis was Henriette’s brother, and Rebecca her sister in law

In 1892 Louis applied for a patent : Be it known that I, Louis Clemente Daumas, a citizen of the French Republic, and a resident of Paris, France, have invented certain new and useful Improvements in Processes of and Apparatus for Treating Ores of Gold, of which the following is a specification….. 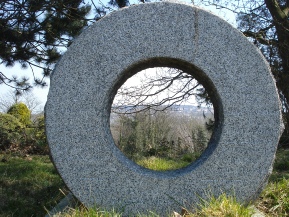