At a Council meeting, Alderman Hutchings was re-appointed Harbour Commissioner, hinting that the Public Works Loan Commissioner would support the raising of the necessary finances for the completion of the enterprise

Cllr George Hutchings, of Fern Bank, Croft Road, resigned as a member of the Harbour Commissioners. He was a prominent councillor for All Saints ward.

At his re-election as mayor in 1916 it was said that although it was unusual to re-elect someone who had just held the office, it was felt that extraordinary times called for such action and that Alderman Hutchings ‘had won his way by industry and character to the high position he held in the hearts of the people and in the Council.’

He seems to have been a popular Mayor; and when he passed away in 1917 was the first to die in office for 40 years.  There certainly seemed to be a genuine feeling of grief when he died suddenly after an operation.  There was a lengthy debate in council in December 1917 as to what to do in his memory. It was decided to put up a brass tablet in the Town Hall and to set up a trust fund to provide an income for his widow until her death and for his daughters until they married, and then the money to be used to assist anyone else who benefited the town by honorary work.

In the event his two daughters died, presumably unmarried, as they are buried in the same grave with the name Hutchings, many years later.  Whether there was any capital left in the trust to fulfil its wider aims is not known.

In his obituary in the Hastings Observer in August 1917 an old friend said ‘In the All Saints ward his name was a household word, and the fisher folk there found in him a staunch and faithful friend.’ 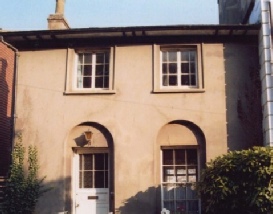