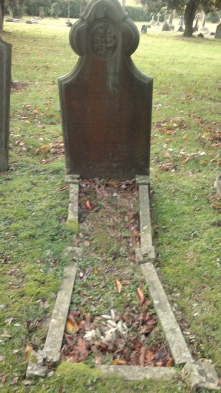 From her we love tis hard to part
She whom our God hath given
But we shall still be joined in heart
And hope to meet in heaven.

They had another son, Albert Edward, born at the end of 1877.

Mary Anne died in Janaury 1878 and Albert died, aged 9 months in August of the same year.

Daisy [Dolly?} Was their daughter.

Mr. & Ms. H. E. Ingleton and family, of 89 Queen's-road, Hastings, wish to thank all kind friends for kind sympathy and beautiful wreaths and flowers sent in their sad bereavement of their darling little daughter, Dolly.[Sic.]