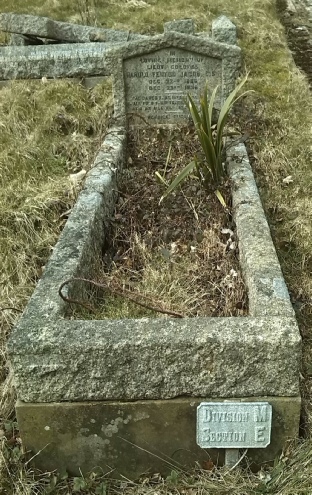 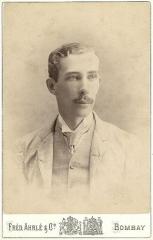 The cares that infect the day

And as silently steal away.

Harold Fenton Jacob was born on 22nd December 1866 at Satara, India, the second son of Colonel George Adolphus Jacob and Emily Abbot, the daughter of Reverend Amos Abbot.  He and his elder brother Frederick had come to England by the Winter of 1874, their parents remaining in India. The brothers were put into the care of their grandfather George Andrew Jacob DD.

He met his first wife Lilian (Augusta Alice Henrietta) Hunter in India.  She was born on 21st September 1872, the daughter of Lieutenant-Colonel Frederick Mercer Hunter CB CSI, of Fife, Scotland.   They married on Monday 6th March 1893.

They had two children:

His second wife, Ellen, he met at the Danish mission in Aden, the only child of the Reverend Olaf Hoyer, a Danish Minister and Missionary.  She was born on 5th August 1888 in Copenhagen. Although Danish by birth, she had been brought up in Scotland in a professor's household.

They had three children:

He was the British Political Agent at Dthala (Aden) between 1904 and 1907, and then served as First Assistant Resident in Aden between 1910 and 1917. After the outbreak of the First World War he also acted as Chief Political Officer to the Aden Field Force. From 1917–1920 he was advisor on South Western Arabian Affairs to the British High Commissioner in Egypt.

He retired to live in Hastings and it is there that he died on 23rd December 1936 at the Buchanan hospital.

He wrote two books, which are still available:

An illustrated biography, from which some of this information is extracted,  by his grandson, Kenneth Jacob, can be viewed at http://www.myjacobfamily.com/favershamjacobs/haroldfentonjacob.htm