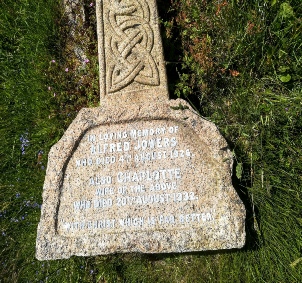 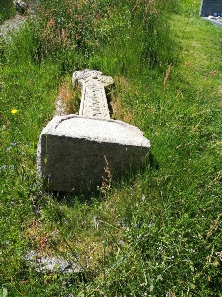 With Christ, which is far better.

He married first Jessie Pauline (Lucia) Franklin on the 9th May 1868 in Clerkenwell, London.  She died on the 23rd July 1897 in  Eastbourne.  He then married Charlotte Bradfield (born 1876) on 6th Jan 1898 in the Register Office, St Olave. Southwark

Illustrated London News - Saturday 18 March 1871
The following medals and prizes have been awarded by the Institute of British Architects: ...The Institute Silver Medal to Mr. Alfred Jowers.....

Alfred Jowers : On the Principles which Should Govern the Decoration of a Suite of Apartments in a First-Class Town Mansion, and On Those Applicable to the Same Purpose in in  a Country Seat. 1870

An architect and surveyor, he lived with his first wife at 6 Victoria Villas, Brondesbury Road, Kilburn, Middlesex.  His mother and sister lived near at No.10.

The 1881 census lists him at age 42, his wife Lucia, aged 34,sonn Digby, age 4, and daughter Mary age 2, both born in Willesden.  Also living there were 3 female servants.

Hastings & St Leonards Observer, 20th July 1918
A GARDEN FETE.—A highly enjoyable and successful garden fate and sale useful articles made the members the Young People's Union St. John's. Hollington, was held kind permission Mr. Alfred Jowers the beautiful grounds of "The Oaks" Thursday.  [This was the home of his sister and brother-in law before their deaths.]  The proceedings were opened by the Rer. W. McLean and Mrs. McLean gave short address work of tha Mission and of the work the Union during the year. A lovely bouquet was presented to Mrs. Jowers.

There is an Alfred Jowers whose paintings appear for sale at various auction houses.  They are mostly houses, of an architectural nature.  The only description found is "a late Victorian artist", which fits our Alfred Jowers, and a newspaper report lists him as showing a watercolour at the second Sussex Artists Exhibition and another lists : "Mr. Alfred Jowers. 14 Charles-road. Bt. Leonards won a prize in 1918 for a painting on fabric."

He left all of his estate to his widow.

Bath Chronicle and Weekly Gazette - Saturday 27 August 1932
JOWERS—Charlotte, on August 20th. at 9. Shelley Road, Bath, the beloved wife of the late Alfred Jowers of St. Leonards-on- Sea- no flowers or mourning by request