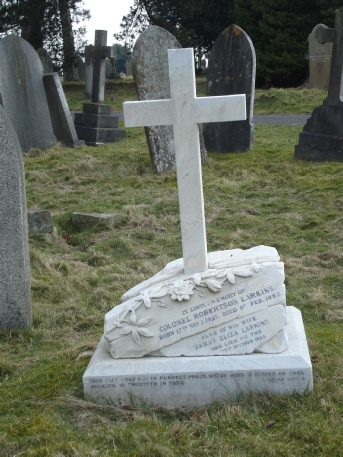 "Thou will keep him in perfect peace, whose mind is stayed on Thee
Because he trusteth in Thee." Isaiah xxvi.3.

"I eventually succeeded in seeing more service with a newly-raised Punjab regiment, the 17th Punjab Infantry, which had been raised and was commanded by a cousin of mine, Colonel Robertson Larkins." from  "Through the mutiny, reminiscences of thirty years' active service and sport in India, 1854-83" by Colonel Thomas Nicholls Walker