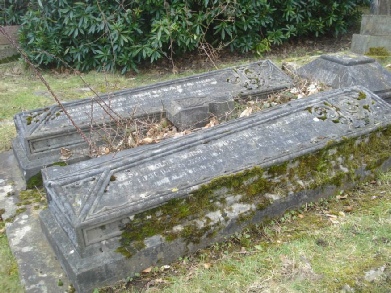 The first Lutwidge to die in Hastings according to freebmd was Henry Charles Lutwidge, who died in 1843 aged forty three

They had two children, Caroline Louisa and Charles Robert Fletcher.

We also have Ancestry records: