Daughter of Edward and Honorine Mansel

Inscribed on the bottom verge is

“One flower less on earth one angel more in heaven.”

He was in Africa for the Zulu Wars 1878-9 as a Civil Surgeon A.M.D and was involved in the Siege of Ekowe.

Practiced as a Hospital Surgeon in Hastings from 1881, Assistant Surgeon for the East Sussex, Hastings and St. Leonards Hospital.  In 1887 he was living at no.6 Belle View, Priory Rd, 1887

He was appointed Commissioner of the Peace in 1901.

From the early 1900s he was living at 44 Wellington Square.

His brother Harry also became a doctor and lived in Hastings.

Widespread sympthaty will be felt for our respected townsman Dr E R Mansell, J.P. in the sad bereavement which he has sustained in the death of his second daughter Miss Daisy Edith Mansell.  The deceased young lady who was only 12 years of age was taken ill on Monday with influenza and died suddenly on Tuesday morning.

FORTY YEARS OF MEDICINE DEATH OF DR. E. R. MANSELL. The death Dr. Edward Mansell removes from our midst one the older school of medical men and his passing will regretted by a large circle, who, during his many years' service in Hastings, had learned to appreciate him for his sterling qualities friend and for the great abilities he possessed in the noble profession of healing.  He was one of the leading practitioners in the borough and was invariably called into consultation.  Always of a quiet and unobtrusive nature, he was none the less a townsman to be proud of and in many spheres, social well as professional, he will be greatly missed.

In 1901 Dr. Mansell was appointed a justice of the Peace, and for many years he has been on the Board of Directors of the Queen’s Hotel Company and the Hastings and St. Leonards Gas Company.  A very keen golfer, Dr. Mansell was known to every member of the Hastings, St. Leonards and Rye Golf Clubs, and he was a regular player on the Club links. He was also very fond of angling.  Dr. Mansell leaves a widow, one son and two daughters, with whom every sympathy will be expressed in their severe bereavement. 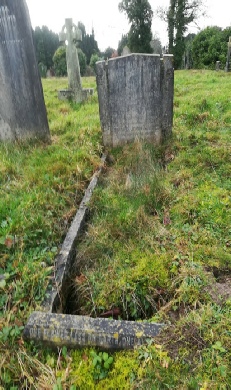