The story of the S.S. Mendi and the loss of Lance Corporal Jabez Nquza, and others.

The 823 men of the 5th Battalion South African Native Labour Corps who boarded the S S Mendi in Cape Town in January 1917 were among the last contingents to travel north for the First World War.   Nearly 25,000 black men left their homes to travel thousands of miles to the killing fields of France and Belgium - but not to fight.  They were members of the Native Labour Corps, sent halfway across the world to dig quarries, build and repair roads and railway lines, load and unload ships, and cut timber.

Nearly four weeks after boarding, the 4,230-ton troop ship reached Portsmouth, after stopping off at Lagos and Sierra Leone. From Portsmouth, they set off to cross to Le Havre, where the men were to disembark and begin work.

Just before 5am on 21 February, the Mendi was struck by a much larger vessel, the 11,484-ton British mail ship, S S Darro. Anxious to avoid German submarines, the Darro had been travelling at full speed, in thick fog, without sounding its fog warnings.  It penetrated about 20ft (six metres) into the Mendi.

An unknown number of men were killed straight away.  Others were trapped below deck. The ship had been pushed over sideways, submerging all the lifeboats on the starboard side.  The lifeboats and rafts on the port were launched, but having been ripped almost in two, the ship sank in just 25 minutes and most of the men still alive were pitched into the icy water, unable to see more than a few feet ahead.  Very few could swim.  All 33 British crew members, nine white officers and NCOs, and 607 Africans died.

14 bodies ever recovered and buried on British soil, 9 in Portsmouth, 3 in Littlehampton, 1 in Hastings and 1 in East Dean

A lasting memorial to those lost on S S Mendi stands in Holybrook cemetery in Southampton. 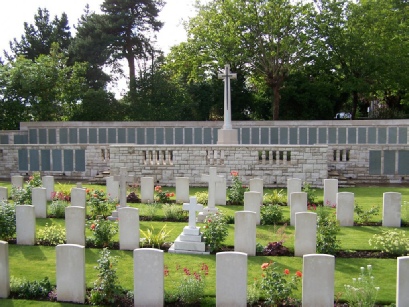 Almost one third of the names on the memorial are those of officers and men of the South African Native Labour Corps, who died when the troop transport Mendi sank in the Channel following a collision on 21 February 1917. 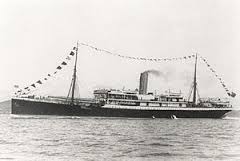 There were two ships nearby. The destroyer, HMS Brisk, lowered its lifeboats to help bring more than 200 survivors to safety.

But the Darro, whose captain was responsible for the tragedy, did nothing. The reason was never properly established.