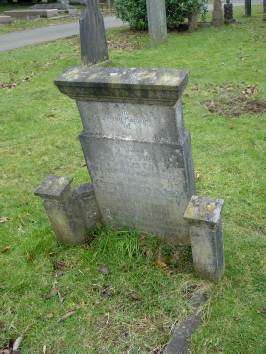 The Dear Wife of

Dear daughter of the above

His wife, Amelia was born in Linton, Cambridgeshire.

They have one daughter, Edith, aged nine months, who died later that year.

The address was 71 Vicarage Road.

In other sources he is listed variously as a Clerk, Stationer’s Manager, Newspaper Proprietor, Claremont.

Living at no.53 Vicarage Road, a shareholder in the Hastings, St Leonards and Eastbourne Steamboat Company, 1888-1905.

Recorded as attending the funeral of F J Parsons are Mr. And Mrs. A. V. Parsons (Brother and Sister-in-Law)