We have to announce with feelings of the deepest and most acute  regret the death of Mr F. J. Parsons, for many years the proprietor of the Hastings "Observer," and at the time of his decease managing director of the Company which had taken over that paper and the large printing and stationery business in Claremont, and at other towns on the South Coast.

Mr Frederick James Parsons was born at Rye, on the 5th October, 1844, and was the eldest son of Mr. Isaac Parsons, a newspaper proprietor and printer of the ancient Cinque Port. He [F.J.] was educated at the Rye Grammar School, and afterwards spending some time in Boulogne for the completion of his studies.  On returning to Rye he applied himself to the work of his father's office, became a compositor, and acquired an extensive practical knowledge of printing.  In 1864 he removed to Hastings, where his father was already publishing a weekly paper, know as the "Hastings Herald," made up in the first place of such Hastings news as was then obtainable, supplemented from the columns of the Rye paper (the South Eastern Advertiser) of which it was an offshoot.

The "Herald" was printed in Rye, and sent over on Fridays, and the late Mr. Parsons now took charge of the newsgathering and editorial work of the local office.  Some years later the printing business in Hastings, started by the father, was taken over by the son, and continued to grow with slow but steady progress, until it was necessary to transfer it from Havelock-road to the Stoneyard, a portion of which site  is now occupied by the Town Hall. Here he associated himself with Mr Henry Cousins, and the firm, now known as Parsons and Cousins, rapidly extended its activities in various directions.

Mr. Parsons' remarkable business facilities, combined with an exceptional love of work, had already made themselves apparent, as they continued to do throughout his life, and he never thought any task too severe, or any needed work too trivial, to be carried out by his own hands. .................................

But he had many interests outside his own business.  He was director of the now defunct firm of Keen and Co., chairman of the Albany Hotel Company, a director of Skinner's, the Omnibus company, the Electric Light Company, and the Steamboat Company, and a shareholder in other local enterprises.  In everything that he undertook he sought to acquaint himself with all the details of the processes and methods concerned.................

He was not, however, a journalist, in spite of his long connection with the publishing business, and took little part in the literary work of the productions of his various newspapers, .............

He had a strong disinclination for some aspects of public life, and although he became a fair after-dinner speaker in his later years, he never placed himself before the public either as a candidate for civic office, or as an upholder of his political views, which, it is needless to say, were those of an orthodox Conservative.  He was, however, a member of the Committee of the Borough Association, in which capacity, as in many others, he did much for the benefit of his town and district, and he was at one time a governor and visitor the the East Sussex Hospital.

His personal disposition was open, frank and impulsive.  He was a strong Evangelical Churchman, for long a Churchwarden at Blacklands, [ later in 1900 there was a dedication of the window and tablet to which many had subscribed in his memory - HSLO, October 13th 1900, p. 6] but yet singularly tolerant of those who differed from him in religious opinions, believing that all Christians had one object, and would attain, if sincere, the same end.

Mr Parsons married Miss Sarah Crew, the daughter of Mr Joseph Crew, contractor, of Cumberland Market, Regent's Park, and he leaves ten surviving children - five sons and five daughters. ........  His illness was not a long one, and his death has been a severe shock to those who saw him but a few weeks ago in excellent health.  He went home, feeling somewhat indisposed, on Friday, December 29th, since when his family have hoped against hope that his life might be saved.  Everything that medical assistance could do for him was don, but he passed away on Sunday, at 10.20 p.m., having been partially unconscious during his last hours.

On the day of the funeral there was a very large and representative attendance of residents of the town and district, and there were numerous indications of profound regret and respect on every hand, many people putting up shutters and drawing their blinds in token of sympathy and regard. 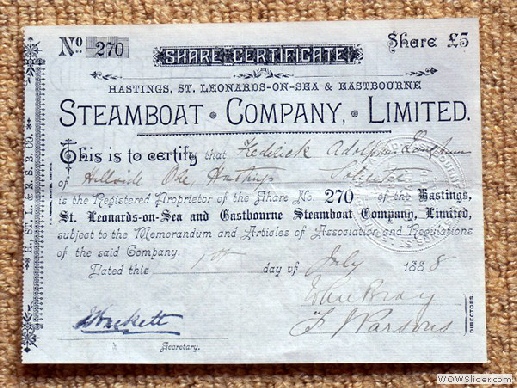