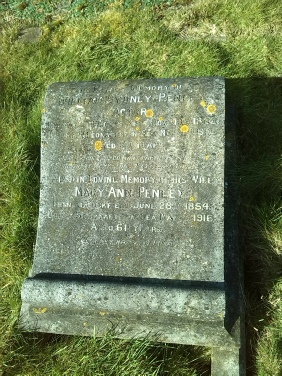 They had the following children:

Penley attended his father's school, Grove House Academy, initially at St Peter's, and later at Charles Street, Westminster, when his father moved there.  In his youth he sang as a chorister at the Chapel Royal, St James's, Westminster Abbey, Bedford Chapel, Bloomsbury, and finally the Russian embassy chapel. After an apprenticeship with a City firm of milliners and fancy-goods manufacturers, he joined the staff of Copestake, Moore, Crampton & Co.

Through the introduction of William Terriss, Penley obtained an engagement at the old Court Theatre under the management of Marie Litton, and made his début on 26 December 1871 as Tim in the farce My Wife's Second Floor by John Maddison Morton. The following October he played in T. F. Plowman's Zampa, and later performed at the Holborn Theatre in Doctor Faust. In 1875 he appeared at the Royalty Theatre in his first successful role, as the Foreman in Trial by Jury by W. S. Gilbert and Arthur Sullivan.