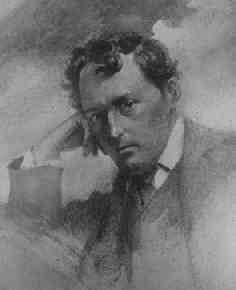 Stephen Phillips was born 28th July1864, at Somerton near Oxford, the son of a clergyman, Rev. Stephen Phillips, precentor of Peterborough Cathedral.

He was educated at Stratford and Peterborough Grammar Schools, and considered entering Queens' College, Cambridge on a minor scholarship, to study classics; but he instead went to a London crammer to prepare for the civil service.  In 1885, however, he moved to Wolverhampton to join his cousin F. R. Benson's dramatic company, and for six years he played various small parts.

In 1890 a slender volume of verse was published at Oxford with the title Primavera, which contained contributions by him and by his cousin Laurence Binyon and others.

In 1894 he published Eremus, a long poem of loose structure in blank verse of a philosophical complexion.

In 1896 appeared Christ in Hades - this poem arrested the attention of watchful critics of poetry.

It was followed by a collection of Poems in 1897 and the writer's position as a new poet of exceptional gifts was generally recognized. This volume contained a new edition of Christ in Hades, together with Marpessa, The Woman with the Dead Soul, The Wife and shorter pieces, including To Milton, Blind. The volume won the prize of £100 offered by the Academy newspaper for the best new book of its year, ran through half a dozen editions in two years, and established Phillips's rank as poet, which was sustained by the publication in 1898 of his poem Endymion.

Sir George Alexander, the actor-manager commissioned Phillips to write a play, the result being Paolo and Francesca (1900), a drama founded on Dante's famous episode from Inferno It was produced at the St. James' Theatre in 1902.

In the meantime, Phillips's next play, Herod: a Tragedy, had been produced by Beerbohm Tree on 31 October 1900, and was published as a book in 1901

Ulysses, also produced by Beerbohm Tree, was published in 1902

The Sin of David, a drama on the story of David and Bathsheba, translated into the times and terms of Cromwellian England, was published in 1904

Nero, produced by Beerbohm Tree, was published in 1906.

His decline from this pinnacle of critical acclaim was as rapid as his rise and by the time he retired to Hastings in 1909 his poor business head and failing inspiration found him a bankrupt.  He lived in somewhat straightened circumstances at 13 Wellington Road and later in rooms in Brook Street.

Coulson Kernahan befriended Phillips on his arrival in the town and was present at his death at Deal on the 9th December 1915.  The poet had visited the Kent resort for a few days change and was due to return to his beloved Hastings on the following day.  It is said that he died with the word 'Hastings' on his lips and lies buried in the cemetery in sight of his friend's house Frognal.

“…..In regard to this poet the critical pendulum had for some years before his death swung sharply from the side of over-praise to that of over-neglect. It will some day recover its equilibrium, and Phillips will then be recognized as having belonged, by the gift of passion (“the all-in-all in poetry,” as Lamb has it,) by natural largeness of style and pomp and melody of rhythm and diction, as well as by intensity of imaginative vision in those fields where his imagination was really awake, to the great lineage and high tradition of English poetry. ….”
From: Critical Introduction by Sidney Calvin 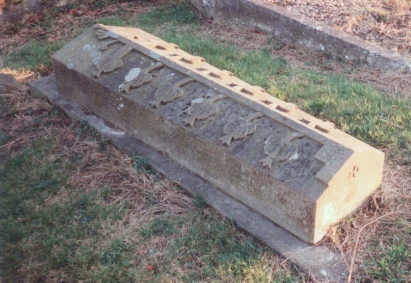