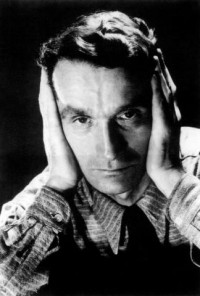 In the monograph about life, work and the legend of Sergiusz Piasecki, well-known researcher Krzysztof Polechoński noticed that most available data about him often doesn't correspond to reality, not to mention the claims made by the writer himself.  “Perhaps the discrepancies come from his work as intelligence agent, but there's no way to confirm many of his stories. Piasecki's addresses in Vilnius are not available and neither are the registers of houses in which he lived.  His personal documents in possession of Piasecki's son, such as the copy of a marriage certificate with Jadwiga Waszkiewicz or the birth certificate of his son Władysław Tomaszewicz are falsifications, as revealed by Polechoński himself after a search performed in Vilnius archives. It is not possible to say whether his evacuation card is authentic. There is no photo of him in the prisoners' photo archives of Łukiszki penitentiary.  There is no

proof of his residency amongst the Vilnius city dwellers.  He might have stayed in a hotel.”

Sławomir Andruszkiewicz noted that Piasecki boasted in "The Tower of Babel" about his many false papers, thus making it difficult even for himself to pull out the correct one every time.  The researches are unable to prove any of his family names, surnames and pseudonyms used during the war.  “It is impossible to explain”, said Andruszkiewicz, “why so many of his official statements contain made up facts.  We don't know what underground organizations Piasecki belonged to as there's no proof of it.”

Piasecki was born on April 1, 1901 in Lachowicze, then in Northwestern Krai of the Russian Empire (now Lyakhavichy, Brest Province, Belarus).  He was an illegitimate son of a russifed Polish nobleman Michal Piasecki and a Belarusian mother Klaudia Kukalowicz, a servant working for the Piasecki family, whom Sergiusz never met.He was looked after by a stepmother Filomena Gruszewska, a devout Catholic, who openly disliked him.  His childhood was very difficult also because children at school mocked his Polish roots.  Piasecki hated the Russian school and in the seventh grade, armed with a pistol attacked the teacher.  Sentenced to jail, he escaped from prison, and thus his formal education ended.

At the time of the Bolshevik takeover of Russia in November 1917, the sixteen year old Piasecki found himself in Moscow. He saw with his own eyes the barbarity of the Bolshevik revolution, and from then on, became an avid anti-Communist.  There’s more, much more!
http://www.absoluteastronomy.com/topics/Sergiusz_Piasecki