Shakespear and his wife and 5 children arrived at the Cape (South Africa) in the 'Ganges' from Bengal on 9 Oct 1819 and rented a home, 'Vredenhof' from George Glaeser.  Two of their children, with a servant, left for England in Mar 1821.  A daughter had been born to the Shakespear's on 13 Aug 1820 and on 28 May 1821 they received a permit to leave for Calcutta in the 'Lady Flora'.  Shakespear sailed for the Cape again less than 4 years later in the 'Rose' but died at sea on 12 Apr 1825.

John Talbot's eldest son, John Dowdeswell Shakespear (1806-1867) arrived in South Africa in the 'Robert Small' as a captain in the Bengal Artillery on 29 Mar 1839.  Many Indiamen and other ships had been wrecked near Cape Agulhas and in 1847 he was one of the subscribers to a fund to build a lighthouse there which was erected 2 years later.

John Dowdeswell's shipmates in the 'Robert Small' had included his sister Augusta and her husband Colonel John Low, of the Madras Infantry

John Shakespear and Low both subscribed to the choral fund of St. George's Church in Cape Town and on 29 July 1840 they published notices in the Cape press that they were about to leave the colony and tradesmen must send in their bills for settlement. – (Shakespeare's Family - Charlotte Carmichael Stopes, 1901- chapter xiv - London Shakespeares - edited source: r.r. Langham-Carter, Familia 1983)

His father was John Talbot Shakespear, who entered the East India Company's service, and had four sons by Emily (Amelia), eldest daughter of William Makepeace Thackeray, whom he’d married in Calcutta in 1803. 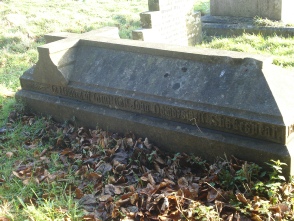