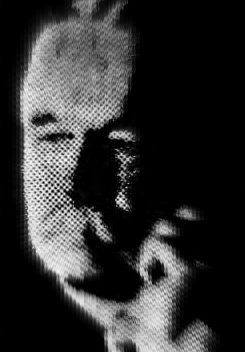 He watching over Israel slumbers not nor sleepeth

William Slade was born in Leeds more than and came to live in Hastings as a boy when his parents made their home here.

"He came of a family held in much honour in our town and far beyond it.  He was the last of the family to meet Felix Slade, the founder of the Slade Professorships, and the Slade School of Art in London. William Slade himself was a true lover of art.  He had the artistic temperament which was no doubt,fostered by his education in Paris: he had a sensitive appreciation of beauty —whether in nature or in art: he had the artist's charm and the artist's ways and possibly something of the artist's waywardness.

There was something large-hearted in his dealings with others and in his judgment of men. He spoke kindly of people, appreciating the best in them.  "In his earlier years, Hastings was rich in its association with men and women of literary distinction and Mr. Slade had not only acquaintance with these but shared it with others by writing vignettes for the Press. Such men as Augustus Hare, Matthew Hale White, George Macdonald, Coventry Patmore and Rosetti were known to him as fellow-citizens or as friends.

There was in William Slade, as there was in his revered mother, what has been called a public soul.  He took a prominent part at one time in the municipal life of Hastings.  For a time he was a member of our town Council and long ago he was to the fore in many a progressive movement, educational, civic and political.  He was a friendly fighter for ideals and when the battle was over there was no bitterness left behind.

Mr. and Mrs. William Slade were married in the church at Mount Pleasant where for some time Mr. Slade was organist and choirmaster.

William Slade had formed a petition against the proposed Harbour Railway.

He was a prolific writer of letters to, and articles for, Hastings & St Leonards Observer.

Two Women’s Social and Political Union meetings were held at the Royal Concert Hall, Warrior Gardens, on Thursday 26 March to advance the claim of female suffrage.  The main speaker was Mrs Emmeline Pankhurst, the leader of the national Suffragette movement.  She made a powerful speech for equality between the sexes, and reviewed at length the history of the franchise movement.  In the first meeting, in the afternoon, men were denied access, except for Mr W Slade and two reporters, but were admitted to the evening meeting, with many young males at the back of the hall out of sympathy with suffragette demands.

“Instead of being done away with, as it was feared it might be, the Royal Concert Hall [Warrior Gardens], the only really large hall in Hastings or St Leonards, has been purchased by a local syndicate, consisting of Mr Edwin Plummer (Eastbourne), Mr J Reeves snr and Mr William Slade.” Some improvements were being carried out. 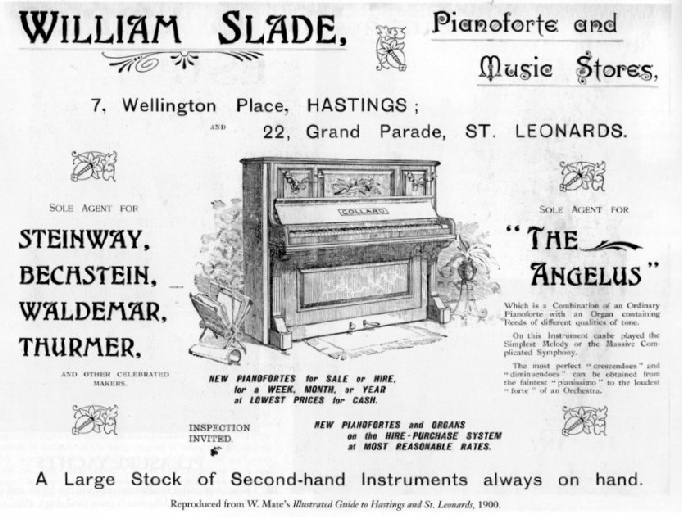 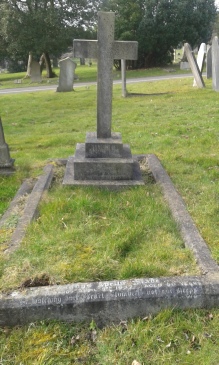