We knew this from the records but it took six years of intermittent looking to actually locate it’s position. 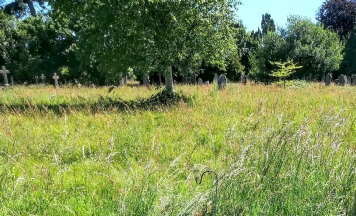 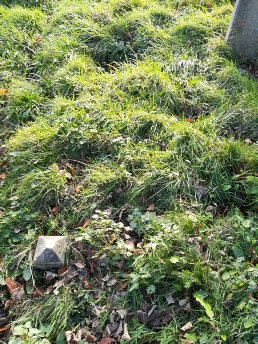 And this is what we found in December 2018.  You can see a corner post on the lower left.

I went back in February and did some work on clearing it. 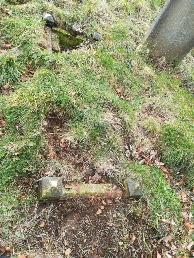 In March, having located and photographed several other graves, three of us worked at clearing more.  Despite the fact we knew it was the right grave it was still exciting to actually reveal the names along the kerbs. 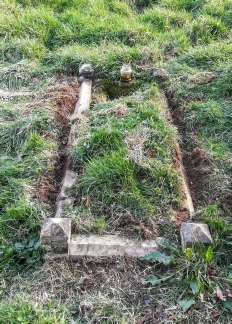 And when I was back in June, it looked like this - 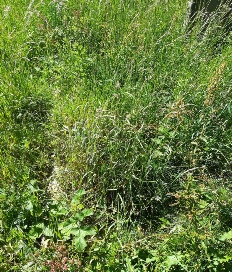 On a very hot day, I worked hard - 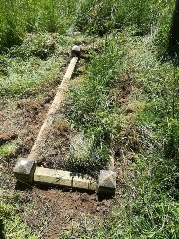 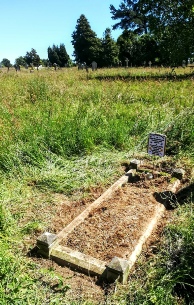 In July we did more, with the help of the Cemetery staff, who had mowed around the grave.

Now it just needs to be finished off when time allows.

James  Henry Smith, was living in Hastings as early as 1901, at which time he was a commercial traveller in spirits.  He was licensee of the Highland Inn, Boscobel Road, St Leonards from 1904 - 1906. From 1910 – 1918 he was licensee of The Jenny Lind in the High Street. 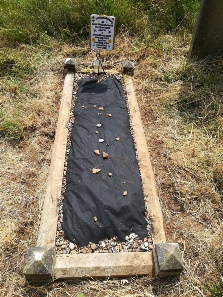 He and Alice had two sons, Sidney James, and Douglas Joseph Engler.  In the 1891 census they were with their grandfather, Mr. J. Smith, of Yateley, Hants.  Sidney was 18 and Douglas 2 years old.  Douglas((whose ashes are in the Garden of Remembrance) was a photographer with studios in Trinity Street and Cambridge Road.  He and his wife had two children, one of whom, John Douglas, was shot down in 1942 but his body not discovered until 1991, and he was buried with others from his flight in 1993 at Archangel. (Full story.)

Hastings and St Leonards Observer - Saturday 09 September 1905
SMITH - CHARLTON. A very pretty wedding was celebrated a few days ago at St. Clement’s Church by the Vicar- The contracting parties were Mr. Sydney James, eldest son of Mr. and Mrs. J. H. Smith, of the Highlands Hotel, West Hill, St. Leonards, grandson of Mr. J. Smith. Yateley, Hants, and Eva Templeton, eldest daughter of Mr. and Mrs. Charlton, of Clive Vale, Hastings. The bride was given away her father.

The bridesmaids were Miss Mabel Charlton, sister of the bride. Miss Donovan, and Miss Ivy Donovan, cousin of the bridegroom. Mr. Douglas Smith, brother of the bridegroom. acted as best man. After leaving the church the guests were invited to a reception at the bride’s house. The wedding cake was a beautiful large two tier cake, very artistically ornamented. After the reception the wedding party were invited to recherche luncheon at the Highlands Hotel. After the luncheon the bride and bridegroom started for their honeymoon in the Isle Wight.

The bridegroom, at the outbreak of the Boer War, answered his country's call, and went to South Africa, joined the Cape Mounted Rifles, and served with them over three years to the end of the War.