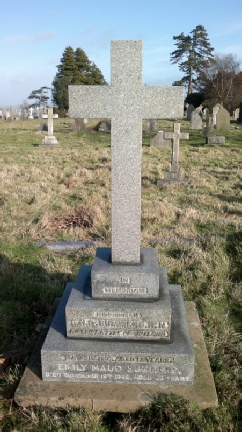 'With Christ, which is far better”

Elizabeth Pearson Summers
wife of the above who entered into rest
? July 1906, Aged 67 years

Cyril Henry Gerald  Summers is commemorated on the grave of his grandfather Henry Summers, who had originally lived in Redhill where he had a drapery business and had been mayor.

Cyril was born on 18th April 1899 at Leighton Buzzard, Bedfordshire, the son of Marjorie (nee Pryor) and Frank Summers.  In 1901 the family were living at 17 Holland Park Avenue. Cyril, their only child, in 1911 was attending a private preparatory school in Wokingham which prepared boys for the Army, Navy and  Colonial Service.  He then went on to Dartmouth for preparation for the navy.

He was serving as a midshipman on HMS Indefatigable, a battle cruiser, when she was sunk on 31 May 1916 during the Battle of Jutland, the largest naval battle of the war. She was hit several times by shells from the German battle cruiser Von der Tann.  The resulting explosion ripped a hole in her hull, and a second explosion hurled large pieces of the ship high in the air. Only two of the crew of 1,019 survived.

He is commemorated on the Plymouth Naval Memorial.

His father, Lieutenant Colonel Frank Summers DSO DSC, served with distinction in the Tank Corps in the First World War. [See more at https://www.greatwarforum.org/topic/143177-british-instructors-at-camp-colt/   ctrl f summers  or scroll down} 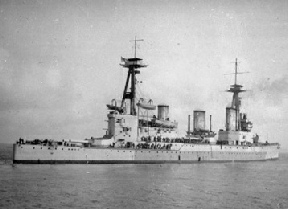 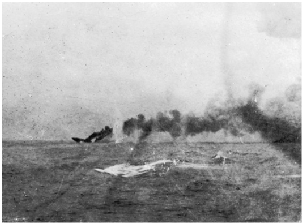 HMS Indefatigable sinking in May 1916