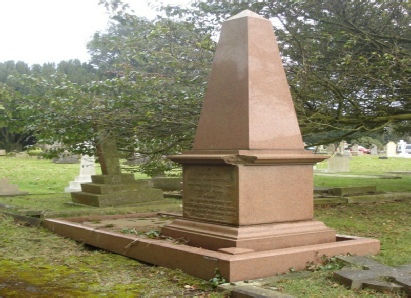 The family memorial is a red granite obelisk and plinth.

on the North side:

Ben Tree was the son of Henry Went Tree, also a member of the Town Council who died in 1854.  Ben was a Liberal Unionist and served as Mayor for four terms.