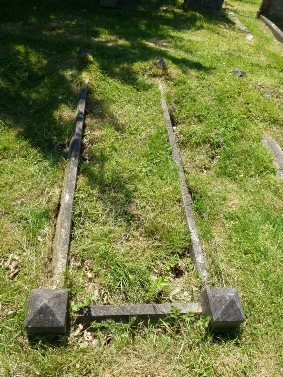 Artie Turner was killed in action on 15th August 1918. He was serving as a corporal with 10th Battalion East Yorks Regiment.  He is remembered on the grave of Edwin Turner (died 11th June 1931) and Florence Turner (died 24th February 1950) and is commemorated on the Ploegsteert Memorial, Belgium.

According to the CWGC he was the son of Robert and the late Emily Turner of 11 Lambert Street, Hull.  He was born in Hull in 1894/95 and in the 1911 Census is listed as living at this address and assisting his father in his business as furniture dealer.

Florence Turner, according to the 1911 Census, lived at 210 Priory Rd.  She had been married for five years and helped in a beer house.  She was 37 and had been born on the Isle of Wight in 1874.  She had one son from this marriage, Edwin, who was born in 1909, and two children from a previous marriage, whose surname was Lock.

However there is as yet no traceable link between Arthur and Edwin. They could have been brothers although Edwin appears to have been born in London.